S.O.S. was on fox 11 news again this morning this time in studio talking with Emily Deem. Check out the video clip and learn about what we do! Thanks everyone. Team S.O.S.

S.O.S. was featured on good day Wisconsin with Angela Kelly live on location at the Bellin Building. The team went over how we investigate as well as showing equipment and letting Angela try her hand at some investigating. We had investigated this location in the past and did have some activity so it was great to be allowed to share the location with the public. Thanks for tuning in to fox! Team S.O.S.

KEWAUNEE - Haunted attractions are popular this time of year, but what if you
went somewhere that was actually haunted -- and not just set up to look that
way?


Members of S.O.S. Investigated in Green Bay say they do it all year long.

They use special  equipment  including
cameras, digital voice recorders, K2 meters and more, to capture what they
believe to be evidence of paranormal activity.


The group's lead investigator, Cory Jandrin, says S.O.S. Investigated has
captured evidence of paranormal activity at the Kewaunee Jail Museum in
Kewaunee.  He says it includes  EVP (electronic voice phenomenon) from
"Emma"-- the wife of the sheriff who used to live in the jail.
The Kewaunee Jail Museum was originally built in 1876 as the sheriff's office,
residence and county jail.


FOX 11's Angela Kelly joined Jandrin at the museum for Thursday's Good Day
Wisconsin to learn more about how S.O.S. Investigated works, and what the group
says it's found at the museum.  Also, how do they react to many skeptics of
paranormal research?


To learn more about the Kewaunee Jail Museum,  click
here.

GREEN BAY - S.O.S Investigated is a local group of ghost hunters that have 15 years of experience in the paranormal field.

FOX 11's Emily Deem met up with some members of the group, Sunday morning, to see what they are all about.

S.O.S stands for, Shadows of Spirits.  The paranormal group does not charge for investigations.  Cory Jandrin, is the founder of the group and said their main priority is to help people.

"Usually if someone contacts us, it's to help them figure out a problem they may have,"  Jandrin said.  "We try and figure out the history behind each of our cases."

Many people don't believe in paranormal activity and Jandrin said you almost have to experience it to believe it.

"Some people say they won't believe it until they've seen it,"  Jandrin said.  "And most of the time that is true.  At S.O.S we don't make anything up.  We have our evidence to prove it."

"There is a lot of unfinished business in this world and that is why we find a lot of activity on our hunts,"  Jandrin said.  "But majority of the activity we find is mostly positive." 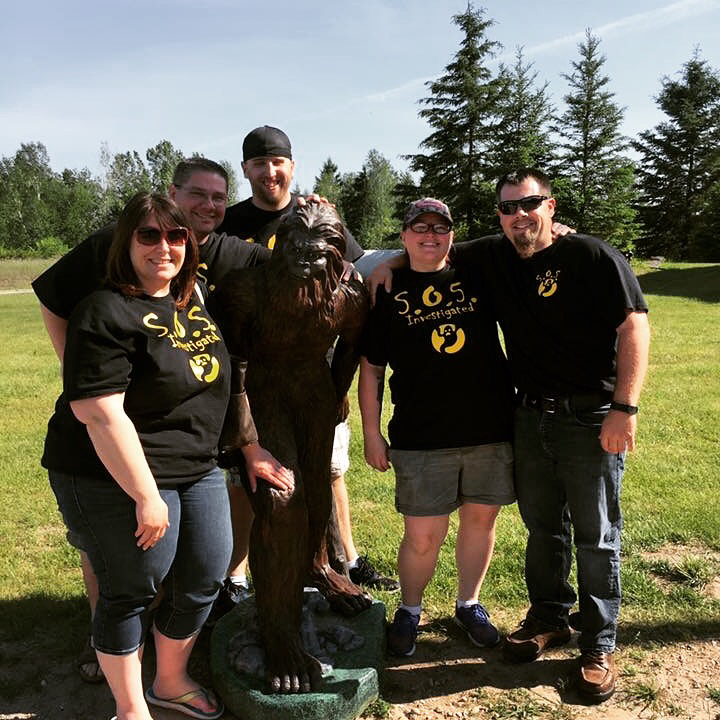